Tech billionaire Miles Bron invites his friends for a getaway on his private Greek island. When someone turns up dead, Detective Benoit Blanc is put on the case.

During the COVID-19 pandemic in May 2020, Detective Benoit Blanc is hired by Helen Brand to investigate the death of her twin sister, Cassandra “Andi” Brand. Andi was the CEO of Alpha, a technology company she co-founded with Miles Bron. After refusing to consent to Miles releasing Klear, a potentially dangerous hydrogen-based alternative fuel, Miles ousted Andi from the company, winning a lawsuit she filed against him.

Andi’s case failed when she was unable to prove that Alpha’s founding ideas were hers, in part due to the perjured testimonies of her and Miles’ old friends: Alpha head scientist Lionel Toussaint, Connecticut governor Claire Debella, fashion designer Birdie Jay, and men’s rights streamer Duke Cody. Helen suspects that one of the five killed Andi after she found the cocktail napkin where she had written down the idea for Alpha, which would discredit Miles and prove that all five committed perjury during the lawsuit.

Miles decides to host a murder mystery weekend at his mansion, the Glass Onion, on his private island in Greece. As Andi was invited and news of her death has not been released, Blanc instructs Helen to pose as Andi for the weekend to help him investigate. They join Lionel, Claire, Birdie, and Duke in traveling to the island. Birdie’s assistant Peg and Duke’s girlfriend Whiskey also accompany the group. Upon their arrival, Miles questions Blanc’s presence, but allows him to stay, assuming that he was invited as a joke arranged by one of the other guests.

Helen searches for clues that could lead to Andi’s killer, but only discovers motives for Lionel, Claire, Birdie, and Duke to kill Miles instead. Lionel and Claire have staked their professional reputations to support Klear, only to discover its potentially dangerous qualities afterwards; Birdie is being forced by Miles to take responsibility for hiring a sweatshop in Bangladesh to manufacture her clothing line, and Duke is attempting to coerce Miles into giving him a position at Alpha News by using Whiskey to seduce him.

Blanc deliberately ruins Miles’s planned murder mystery by solving it immediately in order to allow Helen more time to focus on the guests. Later that night, as the group parties, Duke suddenly collapses and dies after drinking from Miles’s glass, apparently by accident. The group panics and suspects “Andi” to be the killer before discovering that Duke’s pistol is missing. In the ensuing chaos, the group splits up. Blanc finds Helen, who has been searching for Andi’s cocktail napkin, and instructs her to search Miles’s office. An unknown assailant shoots Helen in the chest, but the bullet is blocked by Andi’s journal in her jacket pocket. 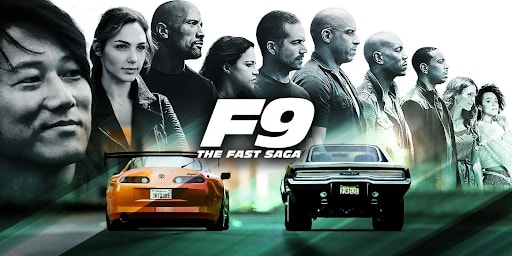